After working with the Virtue of Allowance, practitioners may find themselves in an inevitable mental trap. The fine line between taking responsibility for your intentions and actions (entanglement principles of your doing affecting your system and others) and accepting the dark side of reality that you cannot control everything that happens to you (Virtue of Allowance) could cause an illusion of duality.

To believe that your voluntary thoughts and behaviors can fully control and shape your life experience is to consider your mind the only creator of this reality. In this case, your free will is the only one to praise or blame for everything that happens in your entire life. Do you think your authentic self could pridefully take credit for every good thing that happened to you while guiltily faulting yourself for every single matter that ever went wrong?

On the other hand, could you convince yourself that your entire life experience has been written into the tomes of destiny and you have no choice but to allow it to be? In that case, nothing (remarkably positive or awfully negative) that you do or have ever done towards yourself or others matters due to the nature of absolute determinism. In this case, do you find yourself treated fairly or victimized?

The ancient Virtue of Balance is one of the most fundamental principles of both personal and universal moralities.

At the very roots of Chinese thinking and feeling there lies the principle of polarity, which is not to be confused with the ideas of opposition or conflict. In the metaphors of other cultures, light is at war with darkness, life with death, good with evil, and the positive with the negative, and thus an idealism to cultivate the former and be rid of the latter flourishes throughout much of the world. To the traditional way of Chinese thinking this is as incomprehensible as an electric current without both positive and negative poles, for polarity is the principle that plus and minus, north and south, are different aspects of one and the same system, and that the disappearance of either one of them would be the disappearance of the system. In Chinese the two poles of cosmic energy are yang (positive) and yin (negative), associated with the masculine and the feminine, the firm and the yielding, the strong and the weak, the light and the dark, the rising and the falling, heaven and earth, and they are even recognized in such everyday matters as cooking as the spicy and the bland. Thus the art of life is not seen as holding to yang and banishing yin, but as keeping the two in balance, because there cannot be one without the other. The key to the relationship between yang and yin is called hsiang sheng, mutual arising or inseparability. As Lao-tzu puts it:

When everyone knows beauty as beautiful,

there is already ugliness;

When everyone knows good as goodness,

there is already evil.

Difficult and easy are mutually realized;

Long and short are mutually contrasted;

High and low are mutually posited;

Before and after are in mutual sequence.

They are thus like the different, but inseparable, sides of a coin, the poles of a magnet, or pulse and interval in any vibration. There is never the ultimate possibility that either one will win over the other, for they are more like lovers wrestling than enemies fighting.

It is difficult in our logic to see that being and non-being are mutually generative and mutually supportive, for it is the great and imaginary terror of Western man that nothingness will be the permanent universe. We do not easily grasp the point that the void is creative, and that being comes from non-being as sound from silence and light from space. Thus the yin-yang principle is that the somethings and the nothings, the ons and the offs, the solids and the spaces, as well as the wakings and the sleepings and the alternations of existing and not existing, are mutually necessary.

This week, dedicate your daily practice of 20 to 40 minutes to contemplate balance in your life. Consider the two sides of reality: co-creation of your life experience through partial free will and partial determinism. The concept of balance pervades the entire life experience. Where could you apply the precious Virtue of Balance in your personal life? What parts of your life feel unbalanced, and how could you nudge them back toward the center or allow them to center naturally? Where do you see that your voluntary actions (free will) could change the circumstance, and where can you accept the nature of determinism and surrender to the unchangeable?

Focus on balance throughout all your activities over the course of one week.

Record your 20 to 40 minutes of contemplation in your Development Log at the end of each day. 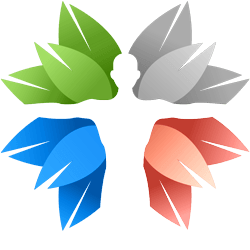